Trials On The Art Trails- in Western Australia 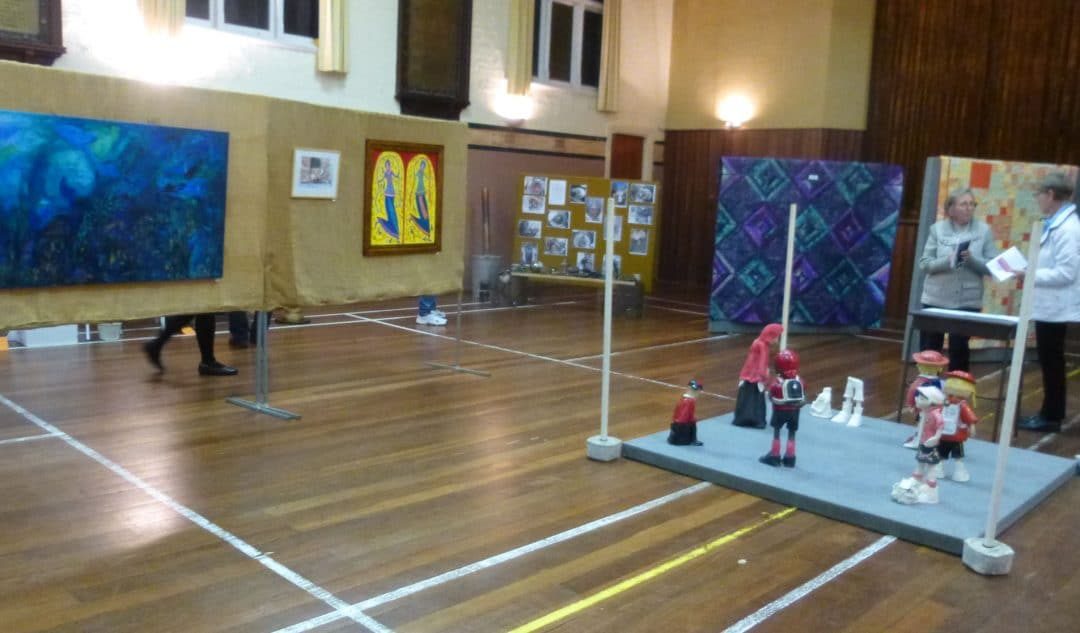 It has been fun attending the Plantagenet Pottery Group, here in the local shire. (Shire is like a county, American folks). I was fortunate to arrive in time to catch the tail end of people making sculptures for the annual art trails exhibition and was encouraged to make a 2 foot tall school child for the show.

Prior to my arrival, the club had a class with an Aussie artist (Fleur Schell) who makes these great, whimsical figures. So they chose a theme for the exhibit called “First Day”- of kids entering school for their first day of the year. I saw all these lovely school children in various stages of construction, when I arrived in early August. They assured me I could finish one  in time and I agreed to give it a try as the figures seemed so interesting.

Pieces were to be built in parts, bisqued, glazed and re-fired in three parts then assembled with two part epoxy putty.  So, I started with the shoes and was totally enchanted, working my way up the legs, which everyone did as little log shaped things, sort of like a doll or cartoon.

On the final week before the show I finished the upper body and head at home on a Saturday and kept them drying by the fire until Monday night. I deposited them at the studio where they were bisqued on Tuesday.

On Thursday, we opened the kiln, on the way to setting up the show at the shire hall in Mount Barker, WA. Devastatingly, my little girl’s face had probably not been quite dry enough, and she had both cheeks blown off in little chunks.   My other two pieces (legs and upper body) went in the show as demos of the earlier stages, next to the brightly glazed pieces from the pottery club….sadly never to be admired or purchased, my little “Maddie” remains unfinished for the Art Trails!

Meanwhile, Trish, the unofficial pottery maven at the club, has taken to trying to piece her together, like a mosaic. She assured me she would enjoy this! I can’t bear to go look, but I heard she was looking alright! I may get to stack her together for the show- still unglazed, but at least as a whole child!

I plan to remake the head and finish her, though I don’t have a way to take her along. We shall see where she ends up.

About the Art Trails:

Prizes were awarded to two of my club mates, one for a gorgeous pot and one for a very interesting painting.   As part of the club, I also got to help set up the hall, attend the Art Trails Opening Night, which was great fun, and work at the entrance desk this morning, greeting visitors to the show.

Neil went with me to the awards and opening event and met some of my new mates. We tasted some good wine and gave folks a taste of American banana bread.  I have loved all of the interaction with the potters, the folks in the community and the visitors to the hall. Folks drive from all around to attend the show, which spreads out all over the Great Southern.

As a part of the opening weekend, Neil and I went for a drive to Denmark to see some of the show down there. We met a lovely local woman, transplanted from South Africa- a painter and gallery hostess. We saw a gorgeous beach filled with surfers of all ages, and spent some time by the lovely Denmark River. 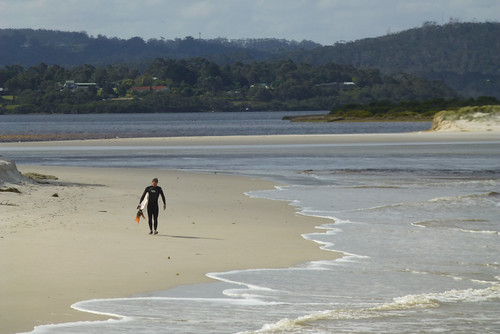