House Sitting on The Other Side of the World 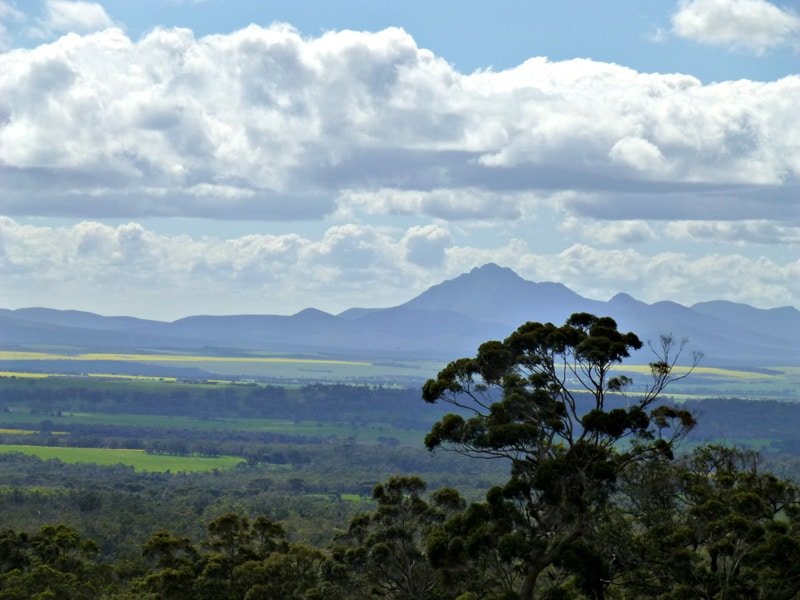 We stepped off into a pitch black night, after a five hour long bus trip, two weary travelers and four suitcases. We were the only two disembarking here on a Sunday night in August. We had been traveling for over 48 hours and had crossed the International Dateline. Out of the dark a heavily accented voice said “You look like Americans”. We had arrived in Kendenup, a tiny bush town in Western Australia which we would be calling home for the next six months. The homeowners, Jim, and his wife, Benita, had brought both of their cars to ferry us and all our luggage on the ten minute drive back to their country property on twelve acres of land. 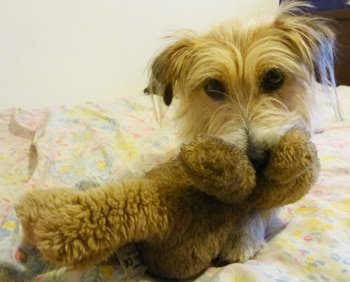 As we entered the gate we encountered a small dog, leaping in an exuberant spin,  three feet into the air. We met our little buddy,  Chienne- the snail eating, ball dribbling, heart melting, one year old Jack Russell who would color our world for the next half of the year. No stranger to house sitters, even at her young age, she immediately identified us as new playmates in the game of fetch the “teddie”. We were immediately in love with this little four legged bundle of energy.


The home we stayed in was simple and adequate, though a big change from the opulence we had lived in at our previous house sit near Toronto, Canada. It was also a lot easier to keep clean! The land around us was vast, both the property inside our fence, and the “small holdings” in and around the tiny bush town of Kendenup just beyond. We soon learned that most everything in Western Australia is a long drive away and folks think nothing of driving up to Perth, a mere four hours, for some city shopping and entertainment.

There were so many delights about being in Western Oz and so many things to get accustomed to that it is hard to know where to begin.

Firstly, we had spent a warm summer in the Eastern US and Canada, with brief stops in Oregon and Hawaii, but we arrived in Australia on the tail end of winter. Our brief overnight stays in Sydney  and Perth (where our two flights landed) fooled us. It is quite warm in Perth and we landed on a hotter than usual day. 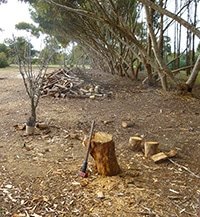 So we were not prepared for the chill of a Kendenup evening. Fortunately, we had brought gloves and layers. The main source of heat was a wood stove in the kitchen and the homeowners had over a ton of firewood (although Neil had to do the splitting). Eventually, we got ourselves warm beanies and scarves as well. The nights stayed cool in to the spring. And, there was LOTS of rain!

Once acclimatized we began enjoying late night walks in the orchard under the brilliant stars with Chienne. Even with record rains the sky seemed to clear for us each night so that we could enjoy gorgeous evening walks, listening to the banjo frogs in the huge dams. 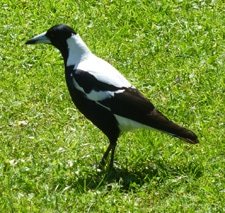 There was often a wind making unfamiliar noises as it blew through the trees. Eucalyptus or “gum” trees of a myriad types rimmed our fully fenced property. Each night Chienne would entertain herself by chasing imaginary and real critters through the orchard at breakneck speed. And, depending upon the time of day, we heard and saw all kinds of Australia’s unique brightly colored birds and marsupial beasts. 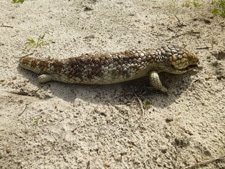 This house sit was not for the lazy or unskilled. We called upon our combined abilities to do everything from car repairs, digging holes, chopping wood, saving large lizards (from Chienne’s sharp teeth), to cooking using Celsius, propane and metric measures. We used the riding mower to mow the orchards, a six hour job that became more interesting as the fruit trees branched out, blossomed and attracted lots of bees.

We learned to drive an aging and tiny stick shift car on “the wrong side” of the road, negotiating roundabouts and narrow, rutted dirt roads in high winds, rain and fog. We drove one hour to reach the nearest sizable town each week and learned how to feed ourselves on foods that usually resembled the familiar but had new and unfamiliar names like “bickies” and “cordial”.

Our salads came from the garden where we harvested familiar foods, with unfamiliar names like beetroot, silverbeet and broad beans and we removed hundreds of snails from our spring vegetables. We picked and preserved lemons in winter. In summer there were  plums and apricots from dozens of trees. We shared the abundant fruit with our neighbors and  the gorgeous but greedy ring necked parrots who arrived each dusk by the dozens.

One of the true delights of this house sit was the gorgeous countryside. Once we had our confidence driving on the left side of the road, we drove many miles and hiked in magical forests, on astonishing coastlines, and in craggy mountains.

We photographed the seasons changing in the fields of rapeseeds and in our six acre orchard. Daily, we delighted in the wondrous creatures in our garden; kookaburras, magpies, blue tongued skinks and “motorbike” frogs.  We swam in the chilly Indian ocean, walked on the famed Bibbulmun Track  and meandered through the amazing and ancient tingle tree forests.

Our time in Kendenup might have been lonely, but for the retirees and families who enjoy the country and reside in this tiny town. Our homeowners’ departure left some holes in their social fabric, and we were invited, even implored, to step in! No sooner had we unpacked than we were whisked off to meet the gang at Monday Indoor Bowls where we continued to become regulars and even gained enough skill as to not be considered a handicap to our teams.

To my great delight, we discovered that the weekly meeting of the pottery club, in nearby Mount Barker, would also welcome me and I was soon back to having my hands in the clay and sharing ideas and stories with a warm and wonderful group of fellow artists. I was invited to exhibit in, and attend opening night, at the annual art show and even had a hand in the setup. Working a shift at the weekend art show, selling raffle tickets and drinking tea with one of my new pals was so sweet.  I would not have missed this experience for anything!


Weekly Scrabble, which was held at our house sit,  rounded out our social calendar. It was here that we met a couple of lovely new friends who laughed and joked with us about our American spelling and their English/Australian words. They delighted in telling us about their lives and asking us about ours. We often talked so much that Scrabble took us right up until dinner time! We soon found ourselves with a welcoming community with which to share celebrations like the lunch we hosted for Melbourne Cup race day and the Christmas picnic on a hot summer day at the beach in Albany, WA.

Before we left the US, I had often wondered what we were thinking when we agreed to fly across the world for over 24 hours and take a bus for another five into the bush, to house sit in the middle of nowhere. If you had asked me just a few years earlier if I ever expected to even see Australia I would have laughed.

Life as a modern nomad has been full of surprises and I don’t expect them to stop any time soon. Our time in Australia was an adventure I know we will both treasure. We sometimes remind each other of the funny, scarey and lovely memories we created there and we laugh together at the wonder that is our current adventure.

← 5 Reasons House Sitting May Be Your Secret to Staying Young Chronology of a House Sit: Saying Farewell →
