Australia Wild: The Untimely Death of a Bobtail Lizard 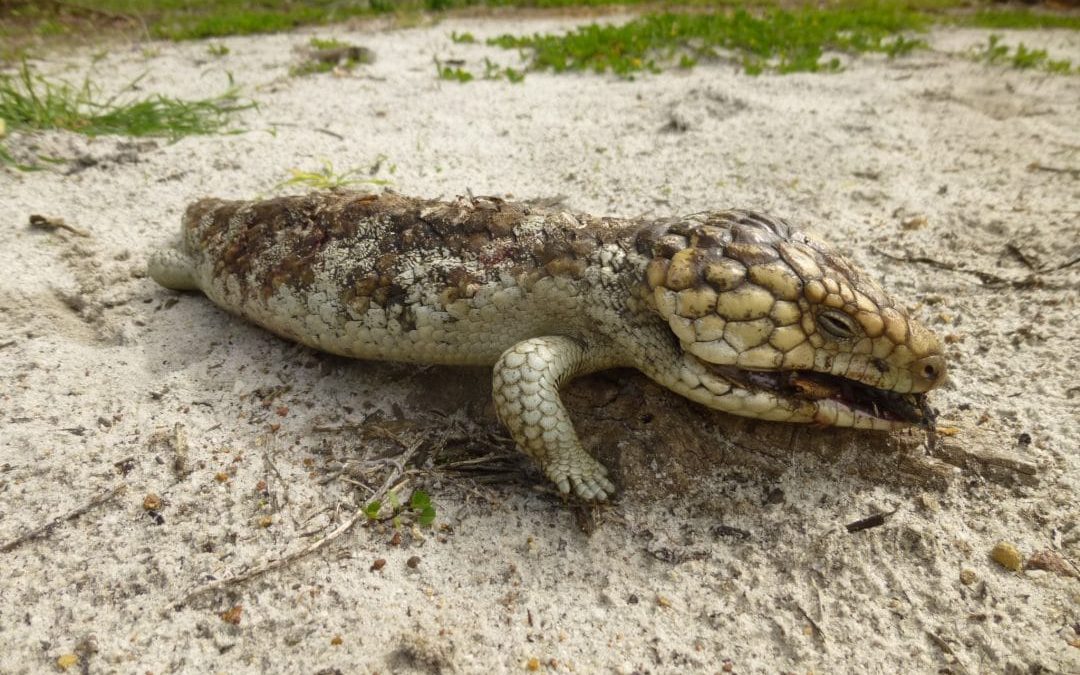 When Laurie heard Chienne barking and went to investigate she came upon a frightening sight. The little terrier was face to face with a lizard that belonged in the reptile house of some zoo. At least sixteen inches long with a fat, heavy body and a purple mouth, the creature was hissing at Chienne; that is until the dog grabbed it by the neck and starting vigorously shaking it. The giant lizard was snapping it’s jaws and trying to bite at Chienne as she continued to whip it around.

Laurie yelled for me and as I got there I heard her shouting, trying to convince the puppy to drop the lizard,. Then Chienne was ignoring us both as we screamed and stared in disbelief at the battle going on in the backyard. To me, the reptile resembled a Gila Monster which are poisonous, and I was afraid to wade into the midst of the confrontation bare handed. I ran into the shed and grabbed a shovel.

By the time I got back, Chienne had regripped the lizard by it’s head and Laurie heard a crunching noise and saw the reptile go limp. I was able to get Chienne to back off and used the shovel to flip the dead creature onto the other side of the garden fence out of her reach.
The blood on the dog’s side turned out to be from the lizard and she seemed fine.

After internet research (we also called a neighbor), we learned that lizards this size are “quite common in the garden” in Western Australia. It is locally known as a Bobtail Lizard and is a type of blue-tounged skink. We also found out that they usually live in pairs, so there may be more excitement soon.